Alphonse is an alchemist whose soul was summoned from another world. In the past his soul was affixed to a suit of armor after he lost his body while performing forbidden alchemy. He is sincere, gentle, and mature despite his youth. In battle, he uses his metal body to the best of his advantage.

Inflicts Blind on enemy units in area around self [Area: Diamond (5), Height Range: 3]

Triples own PDEF for one turn

Light Strike ATK with chance of inflicting Paralyze on units in area around self [Area: Square (3), Height Range: 2]

A Tin Horse For Mom 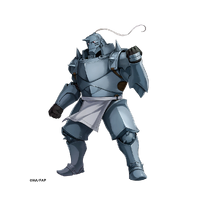 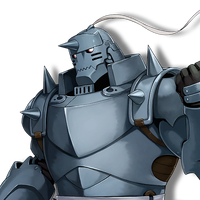 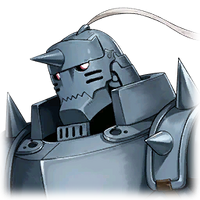 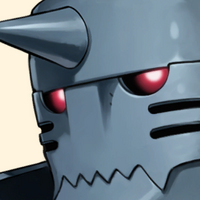