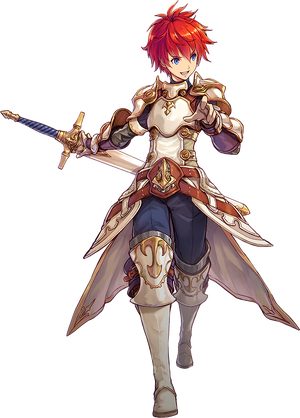 Logi Crowley is a character in The Alchemist Code.

"I want Power... The Power to Protect the World!"
- Logi's headline quote for his character description.

Logi, a squire of the Blue Flame Guard, the most powerful knight faction of Envylia. He trains hard daily, because of his childhood promise to Dias and Agatha - to create a world where people can live in happiness.


Driven by a strong sense of justice, he perseveres through what he believes is right. But Dias and Agatha often scold him for his impulsiveness.[1]