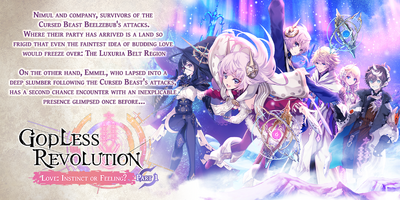 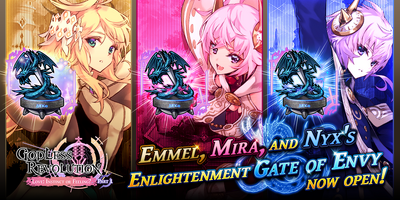 Obtain more Ambrosia, Emmel, Nyx and Mira Soul Shards from this Event to limit break and strengthen the units!

Notes:
・Milestone Missions can only be cleared once, if you have already cleared the missions before, they won’t be available again. 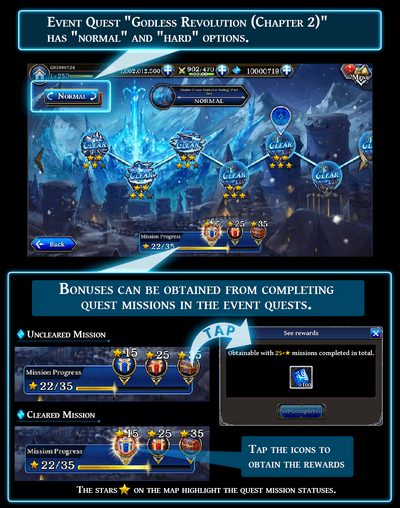 
• Clear each quest mission event quests obtain rewards accordingly to the number of times played through.
• Clear each "normal" and "hard" modes to unlock boss battles.
• Defeat the bosses to obtain event coins and event summons.
• Event quest "Godless Revolution (Chapter 2)" can be selected by choosing the icon on the home menu.
• Clear the "normal" mode to try the more difficult "hard" mode.
• "Hard" quests can only be tried three times a day.