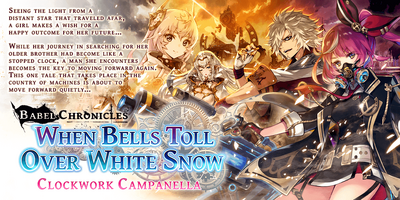 Hard Stage is a time-limited event and will be available from August 1 – August 14.

Please note that Hard Stage for Crossroads in the Devastation of War (Part One) will also become a time-limited event after August 14.


What is Babel Chronicles ?

Babel Chronicles focus on the past of characters who appear in “THE ALCHEMIST CODE”.

Hard Stage is a time-limited event and will be available from August 1 – August 14.

・For stages other than EX Stage, you cannot use your own unit(s).
・You have to clear Ep 7 of normal mode to unlock the Hard Stage and EX Stage. 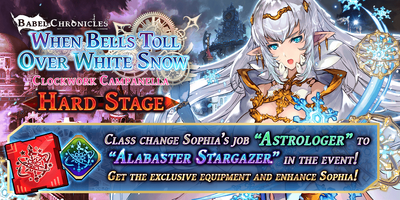 Clear the EX stage to obtain items such as Sinful Indulgence and Slothstein Token!