Check out the details for our new unit— Bertha!

For a limited time, Bertha will be available as a mercenary at no cost! Take the chance to try out the new unit! 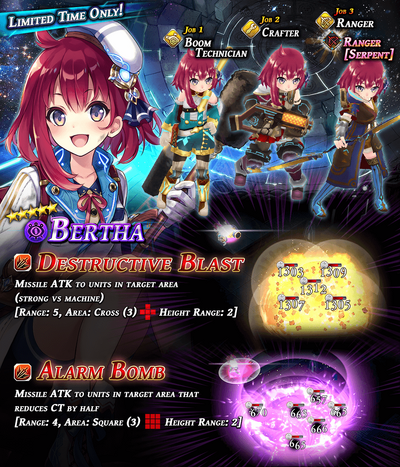 Bertha is a female gunner from Envylia. Her cute and cheerful character has earned her a team mascot-like position among her squadron, but she in fact possesses both exceptional decision-making ability and an incredible aim. She loves music, and is also close with Envylia's national band. Sometimes she'll even perform together with them, using an unloaded cannon as her instrument.