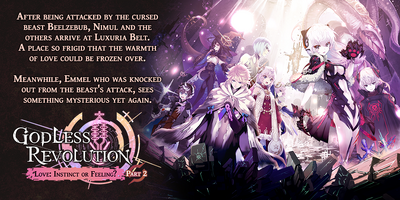 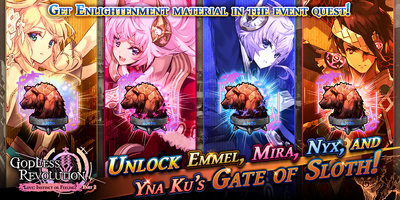 Notes
・Player must be Level 10 and above to enter quest.
・Hard Quests require completion of normal event stages to enter.
・Hard Quest can only be completed 3/Day.


• Clear each quest mission event quests obtain rewards accordingly to the number of times played through.
• Clear each "normal" and "hard" modes to unlock boss battles.
• Defeat the bosses to obtain event coins and event summons.
• Event quest "Love: Instinct or Feeling? Part Two" can be selected by choosing the icon on the home menu.
• Clear the "normal" mode to try the more difficult "hard" mode.
• "Hard" quests can only be tried three times a day.