[Available after update on July 16]

For a limited time, Failnaught will be available as a Mercenary at no cost. Take the chance to try out the unit in your battles! 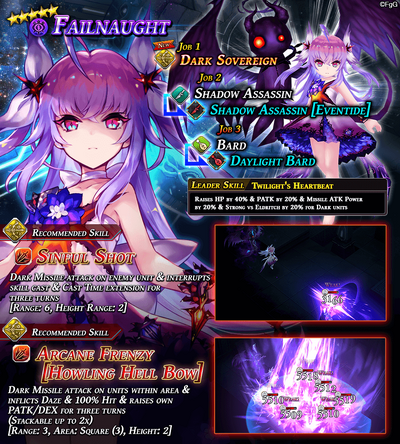 Failnaught is one of the God Killers. She hails from another world and possesses the power to topple the divine. She possesses both the pride one would expect of a royal with dominion over magic and the ability to match, and she never allows her haughty demeanor to slip even for a moment. She deems those who are of worthy talent to "shine brilliantly," and the power she may wield for their sake is awesome to behold.