[Available after update on January 16]

Introducing the new units – Nyx and Blitz who will be available with Enchanted Job!

For a limited time, Nyx will be available as Mercenary at no cost. Take the chance to try out the unit in your battles! 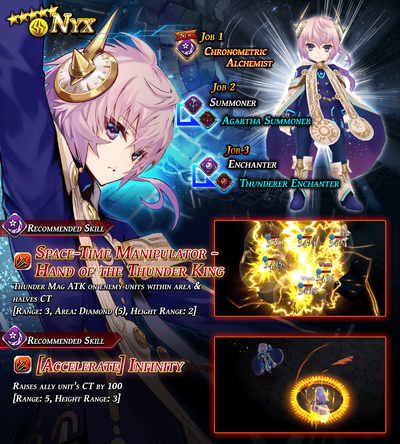 Nyx is a young man studying Space-Time Manipulation in the Luxuria Belt Region. He and his twin sister, Mira, do not share a birthday as they were born moments apart, right as the date changed. Ever prudent, preferring to act only after careful and thorough deliberation, he holds the belief that time is finite. He respects his older sister's talents, although the two are in many ways polar opposites.

Notes:
・The quest will be cleared once the specified number of turns has passed.
・Playable multiple times during the limited period. 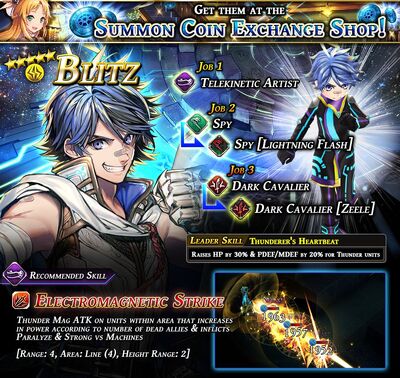 Blitz is a wanderer who travels the world putting smiles on people's faces. He's extremely kind-hearted, and can never pass by someone in need without offering a helping hand. He uses special Alchemia to attract and accumulate electrical energy, which he then discharges to electrocute his opponents or uses to stimulate his own muscles, boosting his physical attack power. 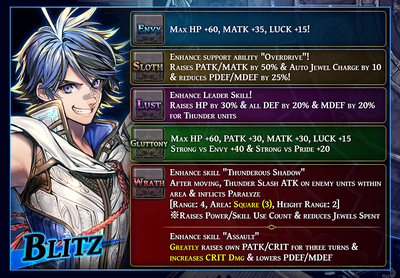 Get rewarded when you unlock the new enchanted jobs!

Check out the Campaign Milestone tab for the full list!

Get ALL of the following when you log in anytime during the campaign period!