[Available after update on September 17]

Check out the key updates for the new v7.0!

Read on for more information regarding some of the feature updates!

You can also check out our FAQ for more information!

For more information on Auto Questing, do refer to the Auto Repeat Quest Feature news.

A renewal of the home menu! Registering your favorite units! 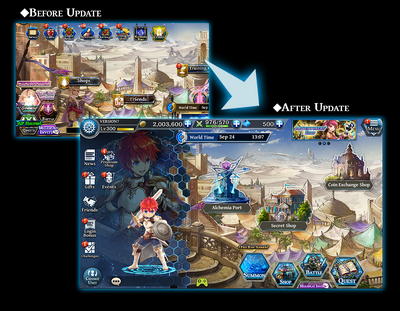 Following the update, the home menu will have some changes.

News, campaign icons and others that were featured at the top of the screen have been moved.

In addition, a new function has been added to the home menu where you can register your favorite units!


Details of the new home menu 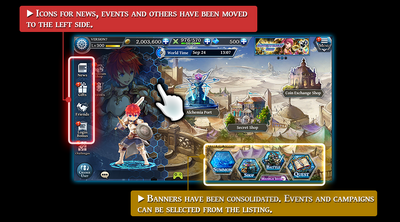 Register your favorite units from the home menu! 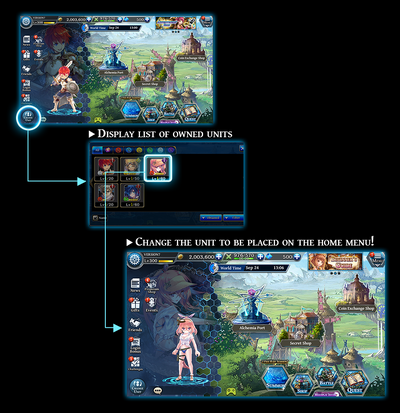 Choose "Change Units" from the home menu and you will be able to choose and register your favorites from your owned units.

Your favorite units will be displayed with their currently equipped gear and skin.

Changes to the summon screen 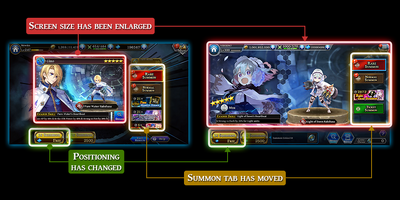 The summon screen has been overhauled. 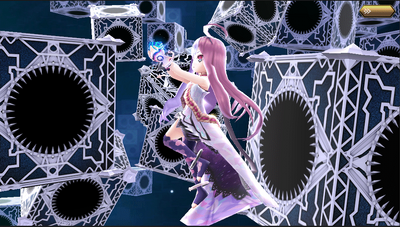 Summoning will have a new look with the update!

The Alchemia Port screen has been updated 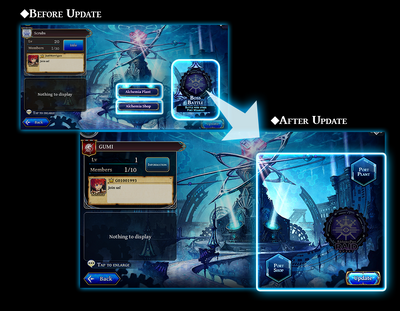 The UI for the Alchemia Port has been updated with a new arrangement.

[Function Update] Listen to the game's music using the Jukebox!

Jukebox function added to the gallery! 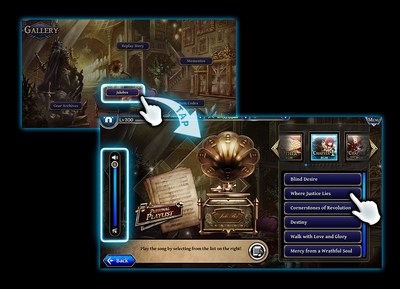 The Jukebox function in the gallery has been unlocked.

Music tracks that have been unlocked can be listened to.

Selecting locked music tracks will give details on how to unlock them.

Save your favorite tracks in a playlist! 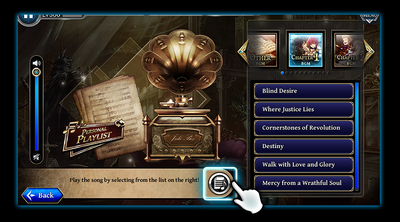 Chose a song and tap "Register" to save in the playlist.

Select the playlist to check what songs have been registered.

By selecting "Remove", the registered songs will be removed from the playlist.

[Function Update] New function to keep the ATK and DEF Teams in the Arena & UI modification!

The formations of the ATK and DEF Teams for the Arena can be saved! 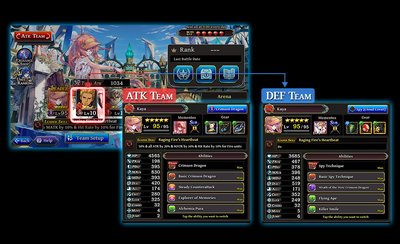 A function to save the formations of the units for the Area and quests has been added.

The following details for the units can also be saved for the Arena.
・Job
・Abilities
・Gear
・Memento
・The Leader Skill and Memento Leader Skill for the ATK & DEF Team leaders

The saving of formations of the ATK and DEF Teams are part of the v7.0 update.

※Gear and Mementos cannot be shared with team members.


UI for the Arena Updated 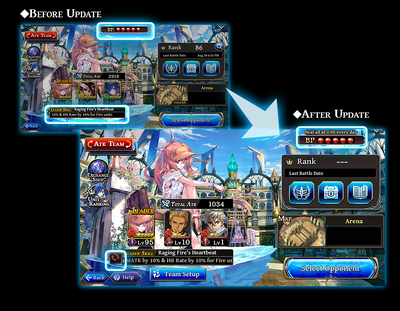 The placement of BP has been changed.

※Changing the Memento Leader Skill can only be done if the Unit has had five Limit Breaks and if equipped with a maxed Memento. 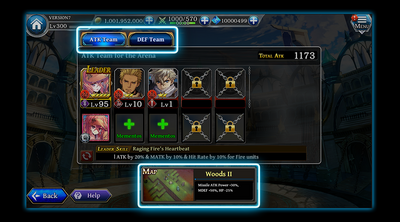 A tab to switch between organizing ATK team and DEF team hs been added.

There is a new function to keep the settings for Mercenaries! 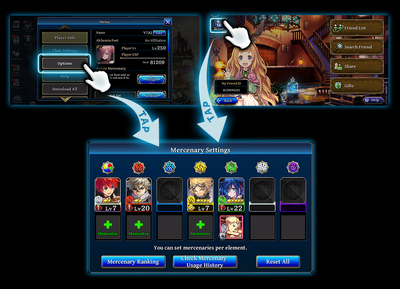 The following details for the units can also be saved for Mercenaries.
・Job
・Abilities
・Gear
・Memento

※Armor and Mementos can be shared between Mercenary units.

From the v7.0 update, Mementos equipped by Mercenaries are displayed in the updated UI. 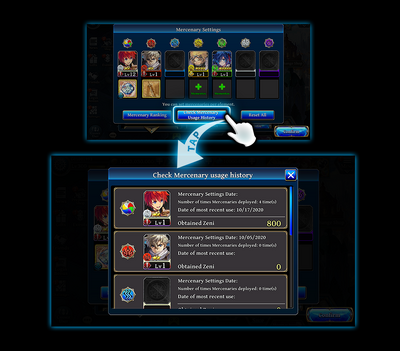 The employment history of the set Mercenary units can be checked.

※Once the Mercenary is removed, the history will be reset. 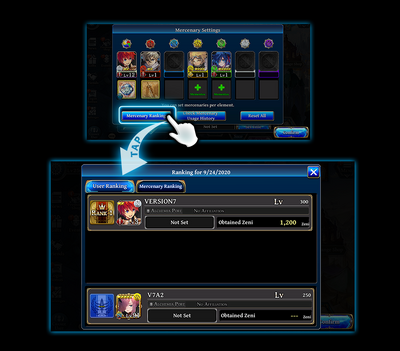 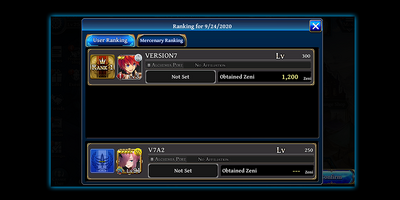 A ranking that displays the top 20 users with the most Zeni collected by Mercenaries. 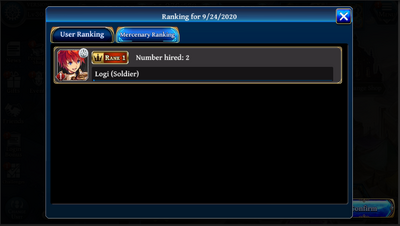 A ranking that displays the top 30 units used as Mercenaries