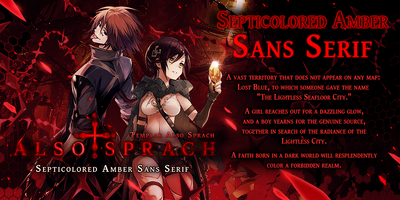 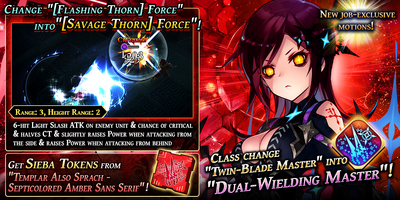 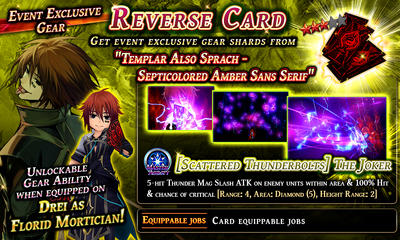 Clear the Hard Quests to obtain equipment for Drei, as well as Soul Shards for the following units!

Challenge the Boss stage to also obtain items such as Event Coin, Retribution for Sin and job equipment for Drei!

• Clear each "normal" and "hard" modes to unlock boss battles.
• Defeat the bosses to obtain event coins and event summons.
• *Event quest "Septicolored Amber Sans Serif" can be selected by choosing the icon on the home menu.
• *Clear the "normal" mode to try the more difficult "hard" mode.
• *"Hard" quests can only be tried three times a day. 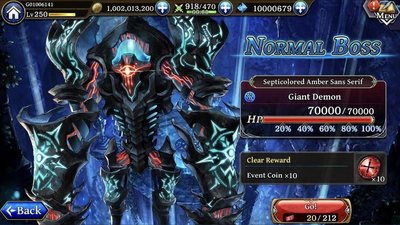 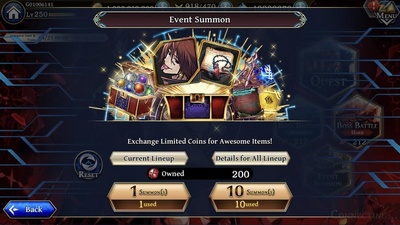