The objective is to take down bosses within the limited number of daily battles. 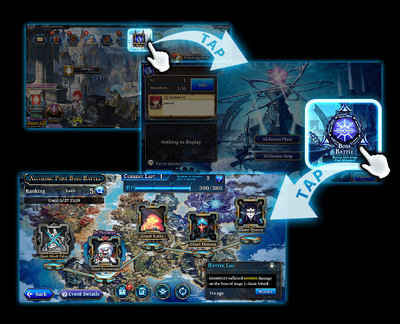 BP is necessary to battle. Gain 1BP for every 120AP spent on quests.

About units for boss battles 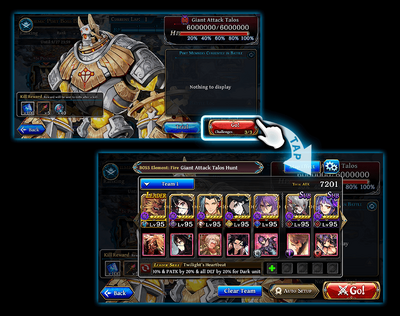 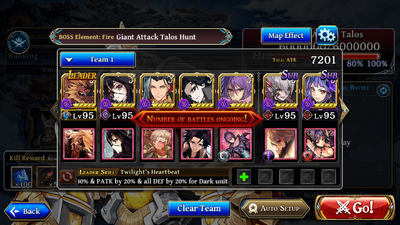 5 units plus 2 sub-units for a total of 7 can take part in the boss battles.

The units are limited to battle once per day.

About continuing after a boss is defeated


For the player that defeats the boss, the BP will not be depleted and can continue to battle the next boss.

If the player is to battle the next boss, the turn-count from the previous boss will be carried over.

Practice against bosses though trials! 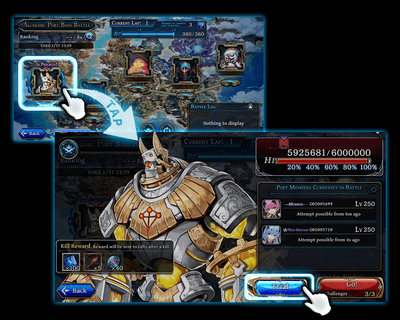 BP will not count in trials and bosses can be battled multiple times.

Check the history or log for tips on defeating bosses! 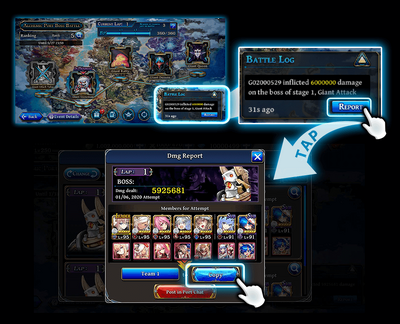 "History" automatically records information on which unit parties were used and what kind of damage the bosses took in previous battles.

The recorded "History" can be posted in the Alchemia Port chat.

For trials, only the most recent 20 battles will be recorded. 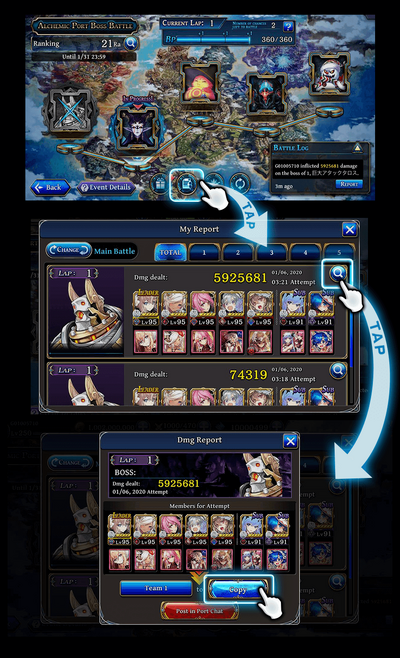 The damage inflicted on the bosses by your port's members will be recorded in "Log".

Unit parties who have challenged the bosses can be found by checking "Log".

Copying Parties
Parties in "History" or "Log" can be copied for your own party. 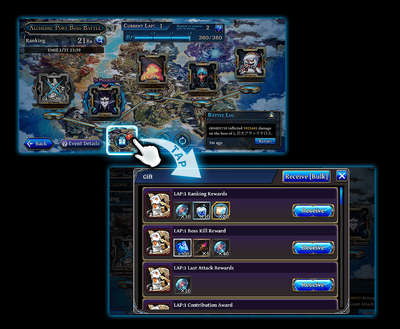 The damage score is calculated by multiplying the damage inflicted on a boss by the score multiplier set for each boss.

The total damage score inflicted by the Alchemia Port members can be checked in the port.

Please check the event details for the score multiplier for each boss.

Rewards can be claimed from Gifts at the top of the Alchemia Port Raid Quest screen.

Kill Reward for Defeating a Boss
All port members receive the reward when a boss is defeated.

Damage Contribution Reward
Receive the reward for inflicting a portion of damage on a boss.

Check the event information on the details for the rewards.

What is the Port Shop?
A new shop that grows with the help of Alchemia Port members.

New shops will open by leveling up.

About the Port Shop 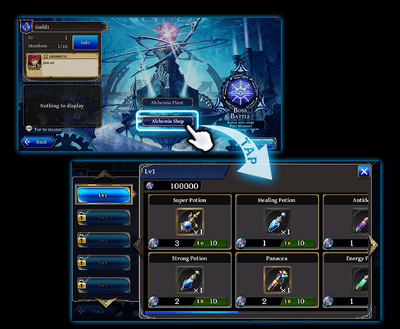 Port Shops can be accessed at your own Alchemia Port. 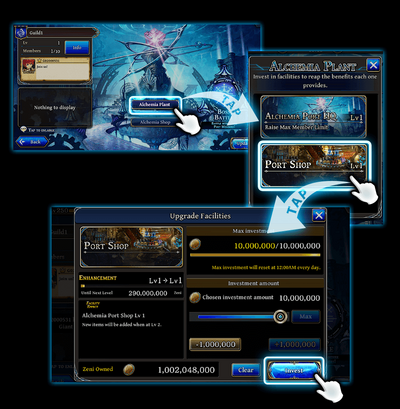 The Port Shop level can be raised by investing Zeni in "Upgrade Facilities".