[Available after update on February 13]

Introducing the new unit – Moa – who will be available with Enlightenment and Enchanted Job!

For a limited time, Moa will be available as a Mercenary at no cost. Take the chance to try out the unit in your battles! 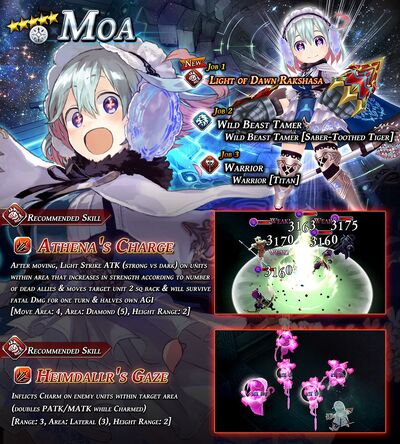 Moa is one of Eve's cousins. She believes love is the cure to that curse which has overtaken the countries. To prove her theory, she interferes with impunity to shape people's love lives and force them together instead of letting it happen naturally, which has earned her the nickname the Mad Cupid. She will eliminate anybody who tries to stand in the way of a possible love match. 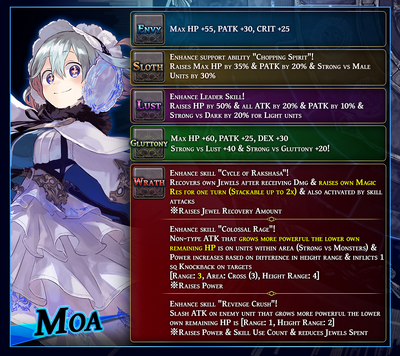 Clear the quest to obtain Unit Soul Shards for Moa.