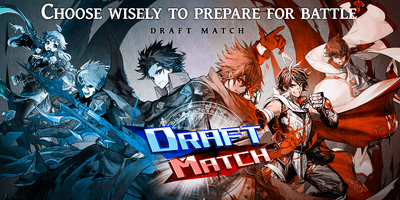 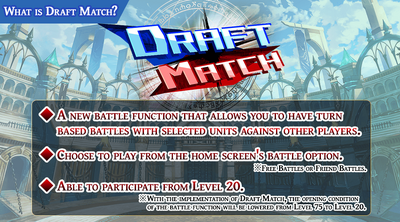 A battle function that allows you to have turn based battles with selected units against other players.

Draft Match is a battle function that allows you to select from 16 units to battle against other players. 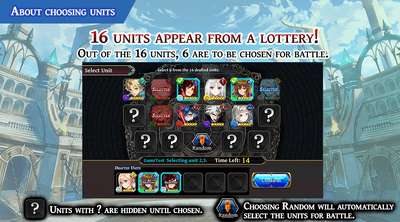 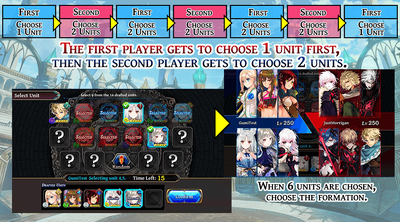 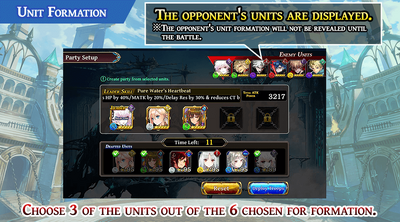 Choose 3 of the units out of the 6 chosen for formation.

Notes
・You cannot use your own units during the Draft Match season.
・If connection is lost during battle, it will be considered a defeat.
・Please play in an environment with good connectivity.
・Details of the event and the event period are subject to change without prior notice.