[Available after update on March 12]

Introducing the new units – Gino and Kevin – who will be available with Enlightenment and Enchanted Job!

For a limited time, Gino and Kevin will be available as Mercenaries at no cost. Take the chance to try out the units in your battles! 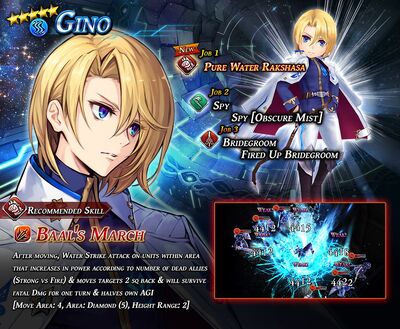 A very ambitious student of Envylia's boarding school, studying to be a knight. Though he admires his older brother Fraise, who is already a knight, and appreciates everything he does for him, Gino cannot help but rebel against him, and boldly claims that he will surpass his brother someday. He has a kind soul, but tends to act like a simple delinquent. 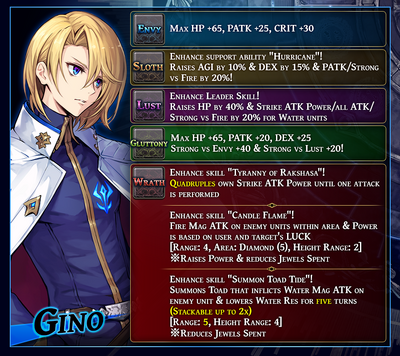 New Skill Added!
Ymir's Duality
After moving, Water Strike ATK on units within area that increases in power according to number of dead allies & moves target 2 sq back & absorbs part of Dmg inflicted back as HP & greatly raises own AGI until next turn [Move Area: 4, Area: Diamond (5), Height Range: 2] 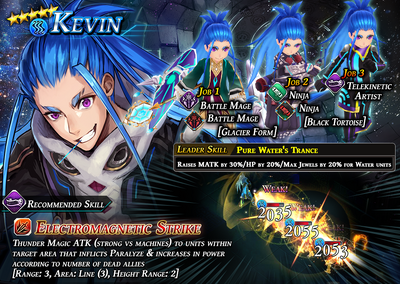 Kevin is a telekinetic who considers making girls and women smile to be more important than anything else. This stems from his inability to put a smile on his mother's face. He once agonized over what purpose his powers served, but a certain gem dealer motivated him to remember his true calling once more. He possesses powerful telekinetic abilities, but rather than using them in combat, he far prefers using them to bring a smile to a lady's face. 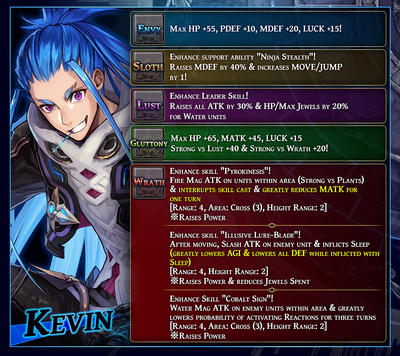 Clear the quest to obtain Unit Soul Shards for Gino and Kevin.