After the update on December 5, the Enlightenment gate of "Envy" will be available for the following unit:
Yna Ku 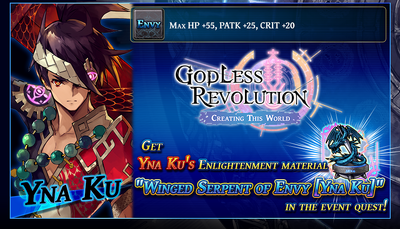 You can obtain "Winged Serpent of Envy [Yna Ku]" needed to enlighten Yna Ku from Step 1 & 3 of "Event Summons"!

Obtain more Julia and Yna Ku Soul Shards from this Event to limit break and strengthen the units!


• Clear each quest mission event quests obtain rewards accordingly to the number of times played through.
• Clear each "normal" and "hard" modes to unlock boss battles.
• Defeat the bosses to obtain event coins and event summons.
• Event quest "Godless Revolution" can be selected by choosing the icon on the home menu.
• Clear the "normal" mode to try the more difficult "hard" mode. 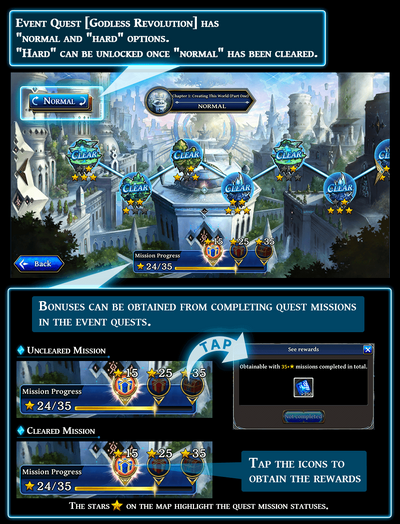 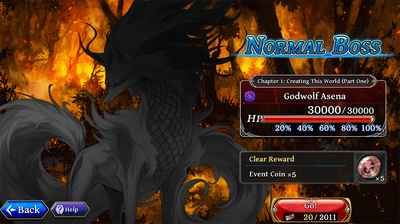 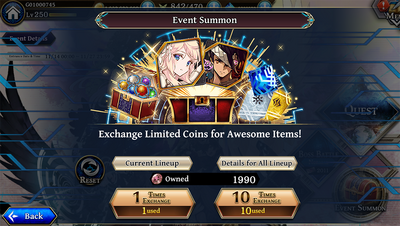