[Available after update on November 21]

Introducing the new unit – Dark Zain who will be available with Enlightenment and Enchanted Job!

For a limited time, Dark Zain 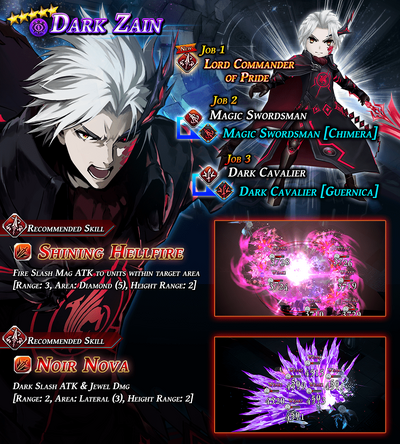 An incarnation of Zain who has fallen to the Darkness, divested of the hopes he held during his lifetime. He carries within him the sin of pride. It has altered his devotion to protecting the continent of Babel, filling him with the self-righteous conviction that his acts are unquestionably just, and that the world would be better off without the likes of weaklings who do naught but cling to the strong. 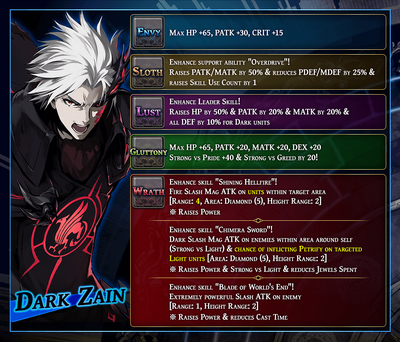 
Babel War Arts will also be unlocked for Dark Zain!