[Available after update on March 5]

Introducing the new units – Gowther and Ban – who will be available with Enlightenment and Enchanted Job!

For a limited time, Gowther and Ban will be available as Mercenaries at no cost. Take the chance to try out the units in your battles! 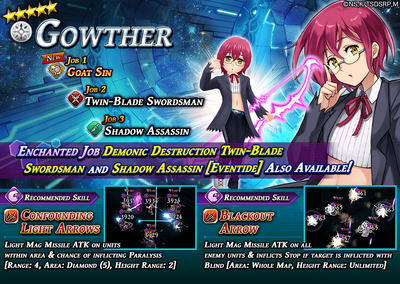 Gowther is a member of the Seven Deadly Sins, brought here from a place in another world called the Kingdom of Liones. His sin to bear is that of the Goat Sin of Lust. He shows great interest in the fluctuations of emotions, coveting the ability to feel those things he himself cannot. At times he is chastised by his friends for doing something unethical just to see what reactions it would incite. 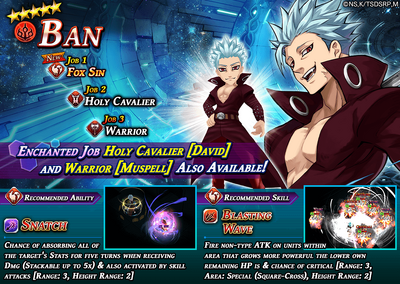 Ban is a member of the Seven Deadly Sins, brought here from a place in another world called the Kingdom of Liones. His sin to bear is that of the Fox Sin of Greed. He works as a chef for the Boar Hat. He tends to obsess over things he finds interesting, but will totally neglect things he couldn't care less about. A free-spirited man, he is willing to steal to get his hands on something he really wants. 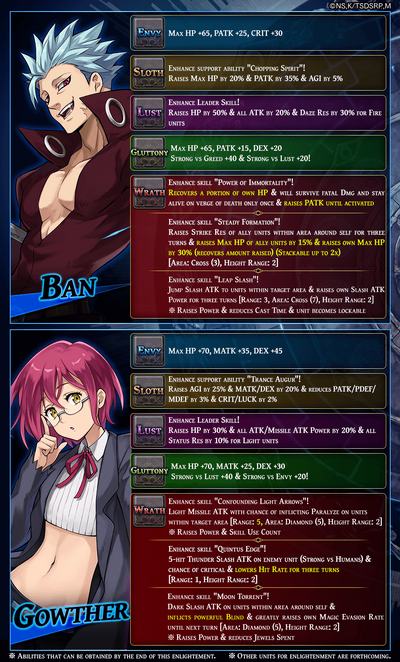