[Available after update on August 22]

Introducing the new units – Dark Masamune and Dark Longinus who will be available with Enlightenment and Enchanted Job!

For a limited time, Dark Masamune and Dark Longinus will be available as a mercenary at no cost. Take the chance to try out the units and use them to aid you in your battles! 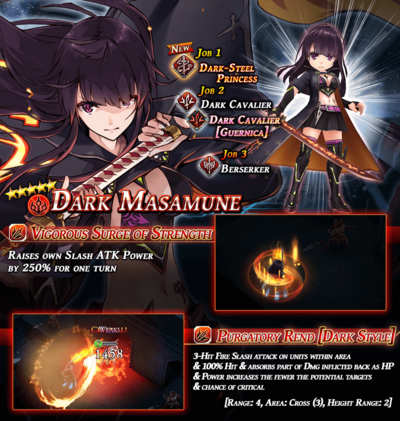 Masamune is the Dark Killer who represents wrath, and was guided to this world from the continent of Ragna. She is loyal to the one she considers her master, and will protect them at all costs. She will always prioritize her master's wishes above all else. Her blade effortlessly purges all opposition on the battlefield and shows no mercy. 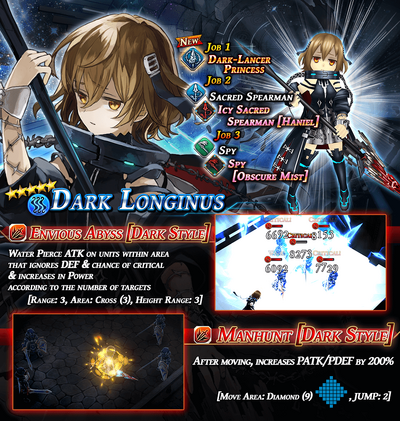 Longinus is the Dark Killer who represents envy, and was guided to this world from the continent of Ragna. Cautious and methodical, she is fully aware of the extent of her own capabilities, allowing her to calmly set her eyes on the task at hand and fearlessly take down an opponent with a single strike.

New Skill Added!
Enforced Seal
For next turn, no summon cost & no Jewels Spent & no Cast Time for self