Check out the details for our new units—Levi, Hange, and Bud who will be available with Enlightenment and Enchanted Jobs!

For a limited time, Levi, Hange, and Bud will be available as a mercenary at no cost! Take the chance to try out the new unit! 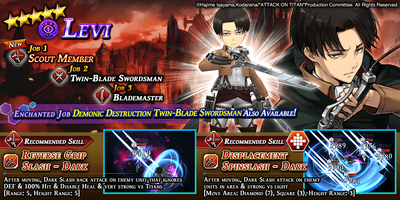 Levi is the lieutenant of the Scout Regiment and hails from a world that is dominated by Titans. Due to his incredible fighting ability, he is known as humanity's strongest soldier. His blunt and unsociable nature makes him difficult to approach, but he cares greatly for his subordinates and values human life above all else. He is also a neat freak who prefers everything around him to be spotless. 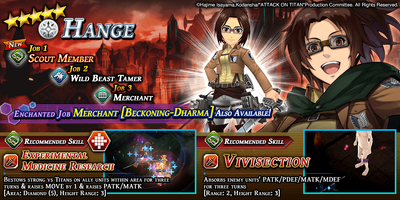 Hange is the section commander of the Scout Regiment and hails from a world that is dominated by Titans. Hange excels in tactics and planning and is known for being perceptive. The Scout Regiment are the brains of the military and they normally have a very mild demeanor and intellectual aura, but when it comes to studying Titans, Hange becomes a completely different person and turns into a bit of a mad scientist. 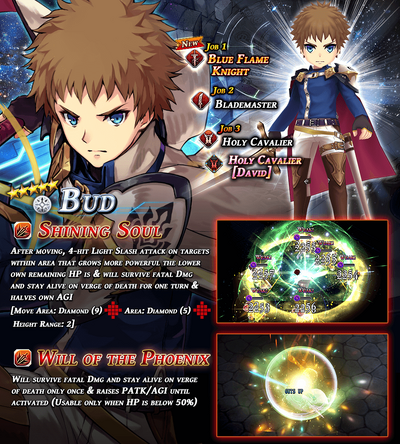 Bud is a proud knight of Envylia's Blue Flame Guard. He is a man without a drop of selfishness in him, who believes in chivalry and strives to become someone his comrades can rely on. He has overcome many a harsh battle, but still he feels inadequate and aspires to become stronger and stronger.