[Available after update on November 7]

Introducing the new unit – Hozuki who will be available with Enlightenment and Enchanted Job!

For a limited time, Hozuki will be available as Mercenary at no cost. Take the chance to try out the unit in your battles! 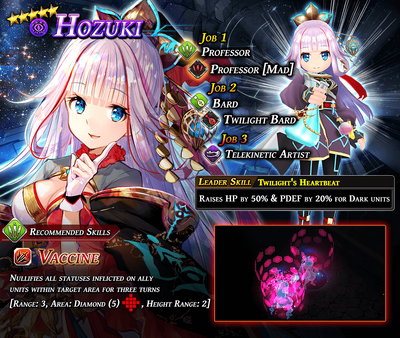 Daughter of the family tending to a prominent shrine in Wadatsumi. Contrary to her graceful and modest appearance, she is fiercely competitive, becoming violently passionate when it comes to perfecting her work. She inherited knowledge of her family's secret art, and possesses a genius aptitude for floral decorations. 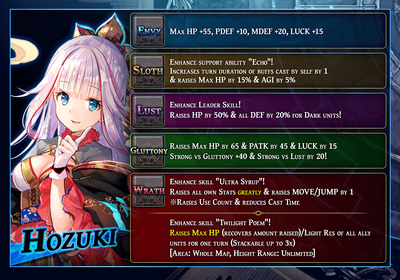