Check out the details for the New Mementos - “I Won't Surrender to the Flames of Vengeance” and “The Smoky Blues”! 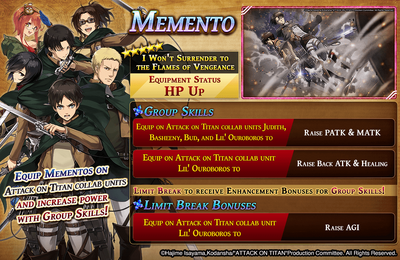 Don Taras will be released with Enlightenment and Enchanted Job!

Don Taras can only be obtained from the Memento "The Smoky Blues"! 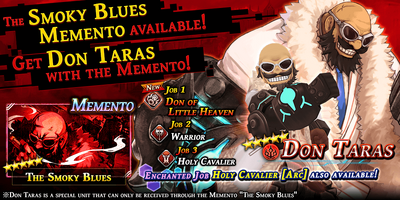 Don Taras is the mafia boss who controls Little Heaven. He was summoned based on memories of a time past with a catalyst that channeled Ouroboros' power. Despite his looks, he has a strong moral obligation that allows for great kindness to women, children, and those who follow the rules. As a result, he is very popular outside of his organization as well.