[Available after update on October 8]

For a limited time, Cassius will be available as a Mercenary at no cost. Take the chance to try out the unit in your battles! 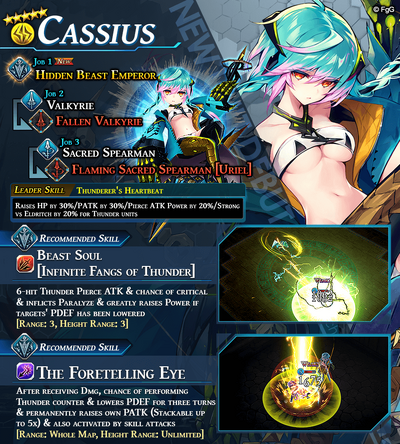 Cassius is one of the God Killers. Though she may have a blank expression, she is very curious and has the ability to observe both the past and the future. Those who try to confront her will eventually have to bow down to her overwhelming power.

Use Cassius or a mercenary Cassius to clear a quest and claim the milestone to obtain Gems and Cassius Soul Shards!


Notes
・Completed but unclaimed milestones will disappear 2 weeks after the end of the trial mission period.