[Available after update on February 27]

Introducing the new units – King and Diane – who will be available with Enlightenment and Enchanted Job!

For a limited time, King and Diane will be available as Mercenaries at no cost. Take the chance to try out the units in your battles! 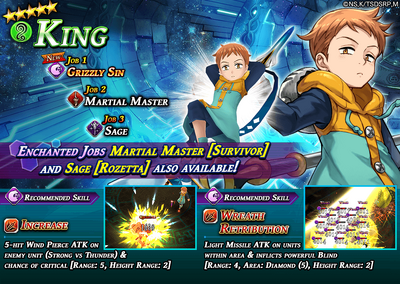 King is a member of the Seven Deadly Sins, brought here from a place in another world called the Kingdom of Liones. His sin to bear is that of the Grizzly Sin of Sloth. He is responsible for procuring supplies for the Boar Hat. Though he looks young, he is the King of the Fairies and over one thousand years old, having been born with incredible magical powers. 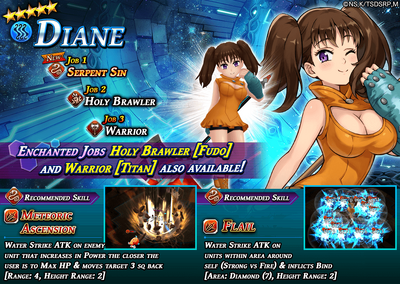 Diane is a member of the Seven Deadly Sins, brought here from a place in another world called the Kingdom of Liones. Her sin to bear is that of the Serpent Sin of Envy. She works as a waitress for the Boar Hat. Though Giants are known for being very warlike, she stands out for being gentle and pure of heart, disliking unnecessary combat. 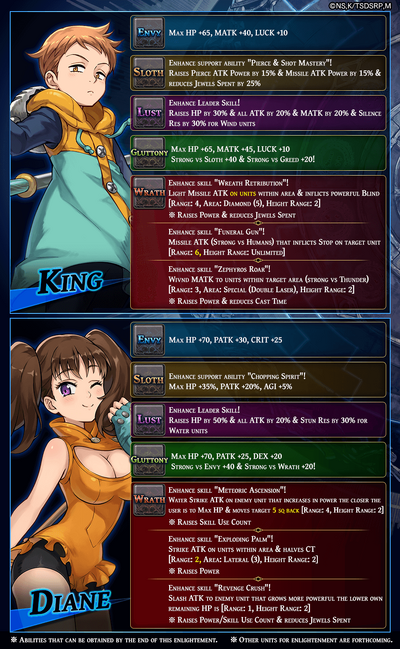