[Available after update on August 1]

Introducing the new units – Wilhelm, Silma and Aisha who will be available with Enlightenment and Enchanted Job!

For a limited time, Wilhelm, Silma and Aisha will be available as a mercenary at no cost. Take the chance to try out the units and use them to aid you in your battles! 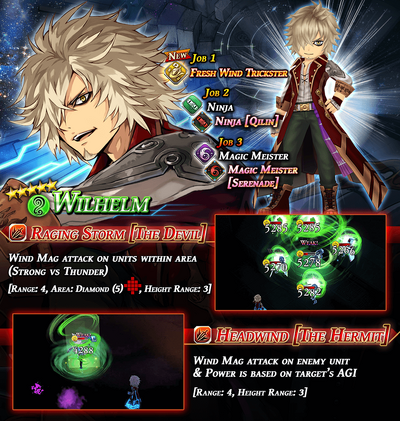 A former member of the Holy Guard, originally from Lustburg. Wilhelm does as he pleases, even going so far as to use the self-styled name, Troublemaker. Having grown up in a strictly matriarchal society, where the males of the country were oppressed, he finds it difficult to open up to others. He hides that side of himself well, however, by maintaining a cheerful demeanor and doing what he can to see the good in others.

Try out the skills of the new unit in this Quest! 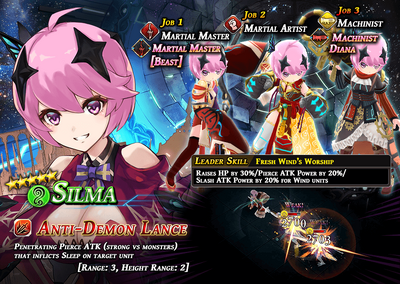 Silma, Spica's younger sister, is a student of the Wratharis knight cadet academy. Her overly cheerful demeanor is a front for hiding the pain of losing her parents. Silma's favorite person is Spica, who is the only person she will reveal her true feelings to. 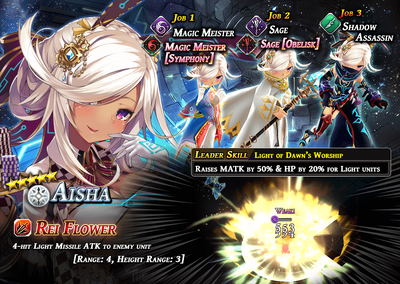 Aisha is a dealer from a casino in Slothstein—however, this is in fact a cover for her work as the Chat Noir's assistant. She loves dice and cards, and would seem perfectly suited to the glamorous casino life, but is in fact a polite, serious, and dutiful young lady.

Enlightenment will be available for Sophia after the update on August 1!