[Available after update on July 9] 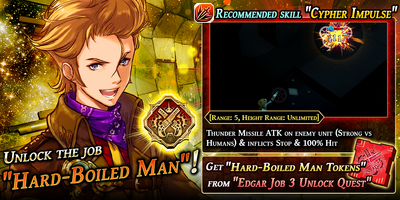 Clear the event and complete the Milestone Mission to obtain the job equipment needed for Hard-Boiled Man.

Clear The Hard-Boiled Road and complete the Milestone Mission to obtain Diagram Pieces! 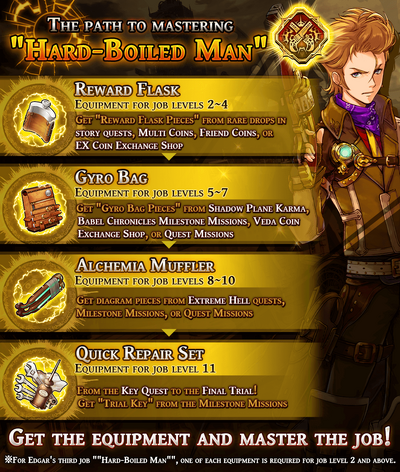 After the update on July 9, Enlightenment will be available for the following unit:
Edgar 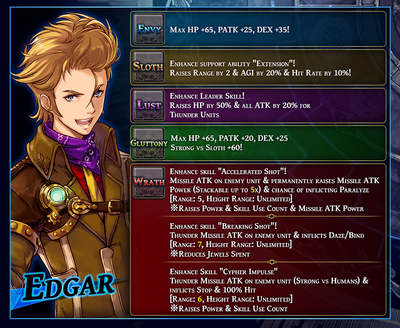 Enchanted Job will also be unlocked for the following unit!
Edgar

With this update, the following units have been improved:
Edgar 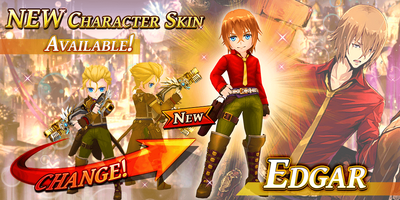 Login anytime during the event period and unlock a new skin for Edgar!

Skin will be sent directly to Giftbox.