[Available after update on August 8]

Introducing the new units – Lakina and Kaya who will be available with Enlightenment and Enchanted Job!

For a limited time, Lakina and Kaya will be available as a mercenary at no cost. Take the chance to try out the units and use them to aid you in your battles! 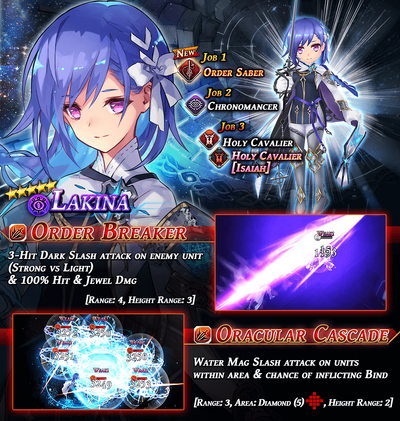 Captain of the 7th Regiment of the Holy Guard, a secret order that is kept hidden from the public. As her missions often keep her in isolation, Lakina becomes extremely happy when she has the opportunity to interact with other people. She finds it easy to be self-sacrificing for the sake of others, and no matter how severe her mission may be, she willingly accepts it as her fate. 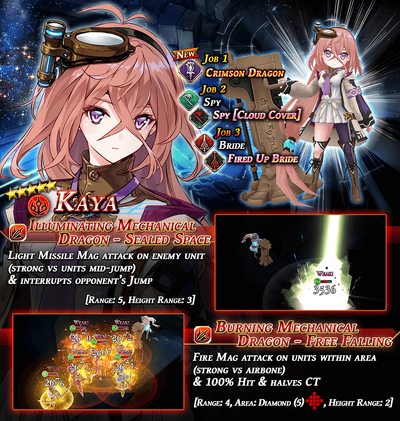 Kaya serves as the Captain of the 2nd Regiment of the Holy Guard. Endowed with Alchemia, smarts, and fighting ability, she stands out even among the greatest in the Holy Guard. However, she generally lacks interest in the world around her, which means she is rarely motivated to do anything. The one thing she is interested in is the past, especially historical ruins, old manuscripts, and the like.