[Special Quests] A Lone Swordsman and Her Siblings 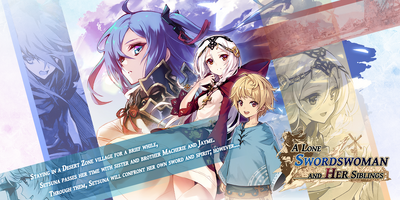 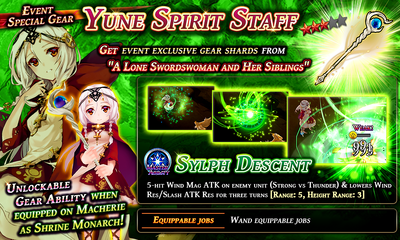 [Special Quests] A Lone Swordsman and Her Siblings [Boss]

Challenge the Boss Stage to also obtain items such as Event Coins, Retribution for Sin, and job equipment for Macherie!

Notes
・Milestone Missions can only be cleared once, if you have already cleared the missions before, they won’t be available again.

How to Play Event Quest "A Lone Swordsman and Her Siblings" 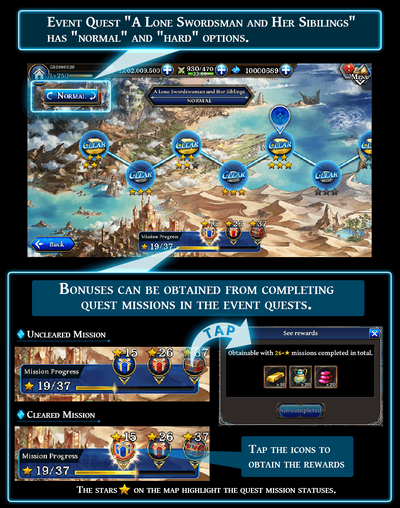 Event Quest "A Lone Swordsman and Her Siblings"
• Clear each quest mission event quest and obtain rewards according to the number of times played through.

• Clear Normal and Hard modes to unlock boss battles.
• Defeat the bosses to obtain Event Coins and event summons.
• Event quest "A Lone Swordsman and Her Sibilings" can be selected by choosing the icon on the home menu.
• Clear Normal mode to try the more difficult Hard mode.
• Hard quests can only be attempted three times a day.

Boss Battle
• Clear each story's Normal and Hard modes to unlock the boss battles.
• Use Boss Challenge Tickets to play the boss battles.
• Boss Challenge Tickets will be counted as used even if one quits during a boss battle.
• If you're defeated, the enemies' remaining HP will carry over into the next battle.
• Mercenaries cannot be used.
• Obtain Event Coins by defeating the bosses.
• Defeated bosses can be replayed.
• *Tap the "Boss Battle" button to fight the bosses.