[3-Title Event] For Whose Princess Could Endure This Nightmare? The Snowscape of Love [edit | edit source] 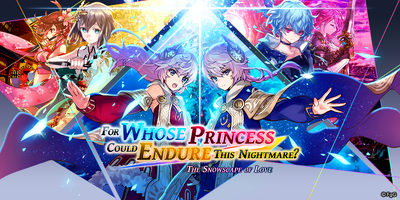 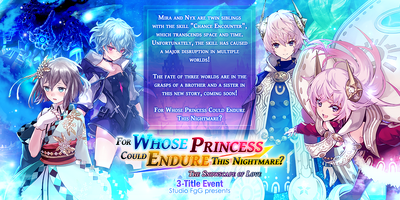 Clear Episode 1 and complete the Milestone Mission to obtain the event limited Memento “Unbreakable Sword of Indomitability” and get the unit – Hiiragi!

Obtain Hiiragi Soul Shards from this Event to limit break and strengthen the unit! 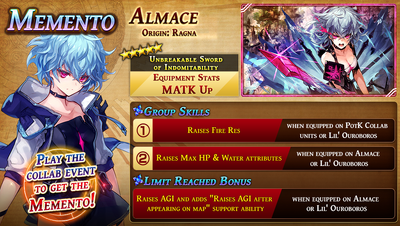 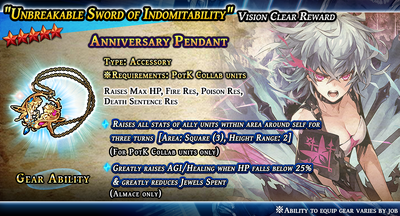 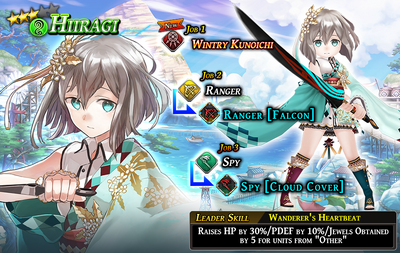 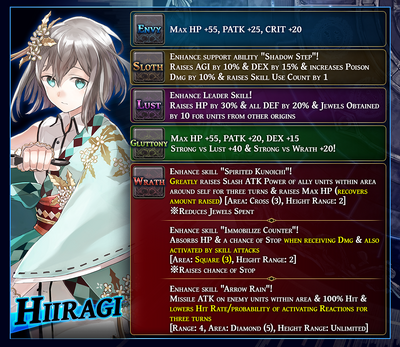 For Whose Princess Could Endure This Nightmare? The Snowscape of Love [EX]


Clear the event and complete the Milestone Mission to obtain job equipment needed for Hiiragi, Almace, Mira and Nyx.

For Whose Princess Could Endure This Nightmare? The Snowscape of Love [Hard]


[3/Day]
Clear the Hard Quest to obtain Soul Shards for units such as Mira, Nyx and 3-Title Event Units!

Clear the quest to get the event limited gear for Almace and Hiiragi! 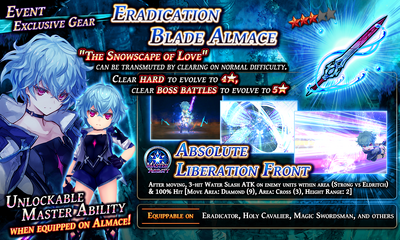 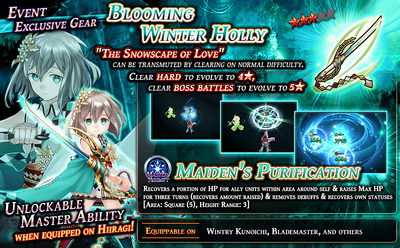 Blooming Winter Holly
Attributes: PATK Up, DEX Up, Silence Res Up, Chance of PATK Up, Enables Master Ability "Maiden's Purification" when equipped on Hiiragi (Recovers a portion of HP for ally units within area around self & raises Max HP for three turns (amount of HP gained will be added to current HP) & removes debuffs & recovers own statuses [Area: Square (5), Height Range: 3]) 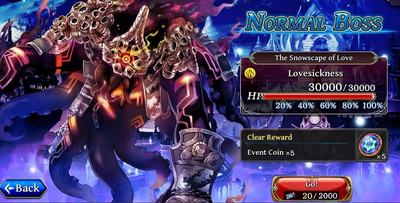 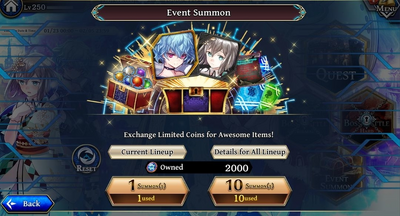 The Snowscape of Love Bonus Episode 1 requires Key of Encounters to enter.

The Snowscape of Love Bonus Episode 2 requires Key of Encounters to enter.

Once unlocked, the Key Quests will be available for unlimited plays until the event ends.

Keys can be obtained by completing the event's Normal stages.