[Available after update on July 11]

Introducing the new unit – Theresa who will be available with Enlightenment and Enchanted Job!

For a limited time, Theresa will be available as Mercenary at no cost. Take the chance to try out the unit in your battles! 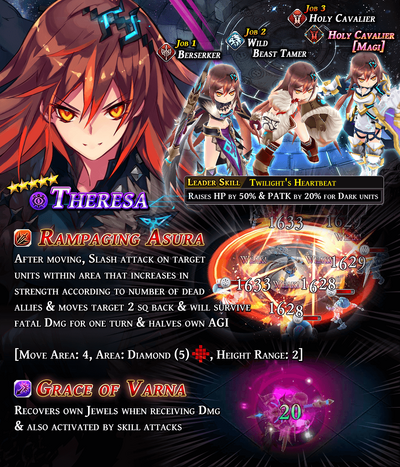 Theresa is a knight of Wratharis and the war-hating instructor of Lamia. She has earned the nickname Ruinmaker due to her penchant for destroying everything in sight while on the battlefield. When she is far away from combat, she can often be seen peacefully admiring the flowers and gently teasing those about her.